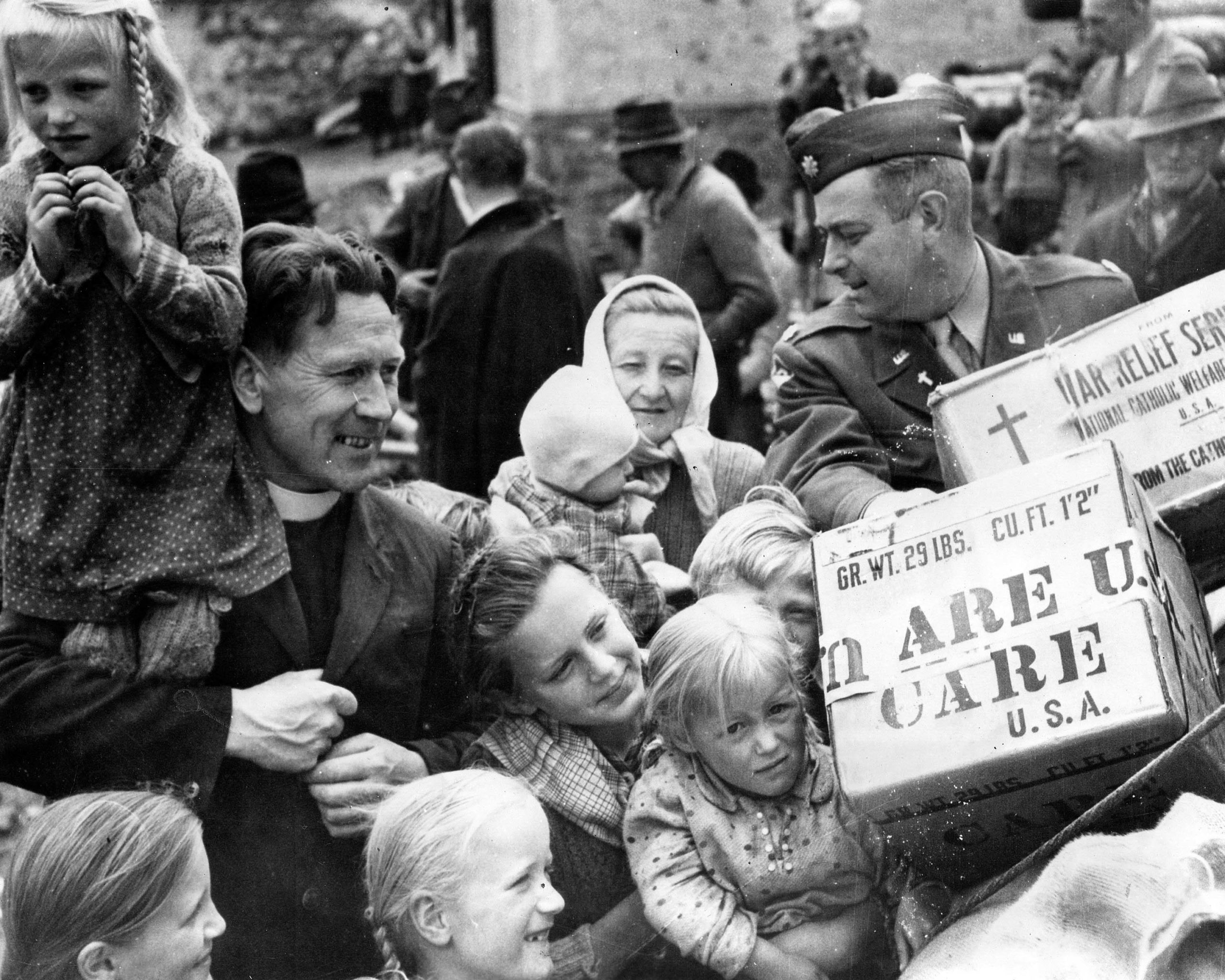 Work here started in 1946 in the narrow and small rooms of the office in the Rittergasse.

Every week about 10 women met. They sewed clothes especially for children and sorted out the donated clothes.

A difficult task for the American occupying power was taking care of and feeding the population. AWO women were ready to support them. In the Rittergasse they filled in bagfuls of milk and egg powder from big barrels, weighed and then distributed them.

They were also responsible for distributing the CARE-packets. In them one could find-to the delight of many- not only staple foods but also for many years to come, rare treats like pure coffee or chocolate. Until after the currency reform one could not buy such things on the free market.

From 1946 to 1960 almost 10 million CARE packets arrived in Germany from America. Therefrom, 3 million landet in Berlin which had bin cut off from the West for almost a year after the Soviet Union closed off all the access roads.The people called the daily landing transport planes ‘candy bombers’.