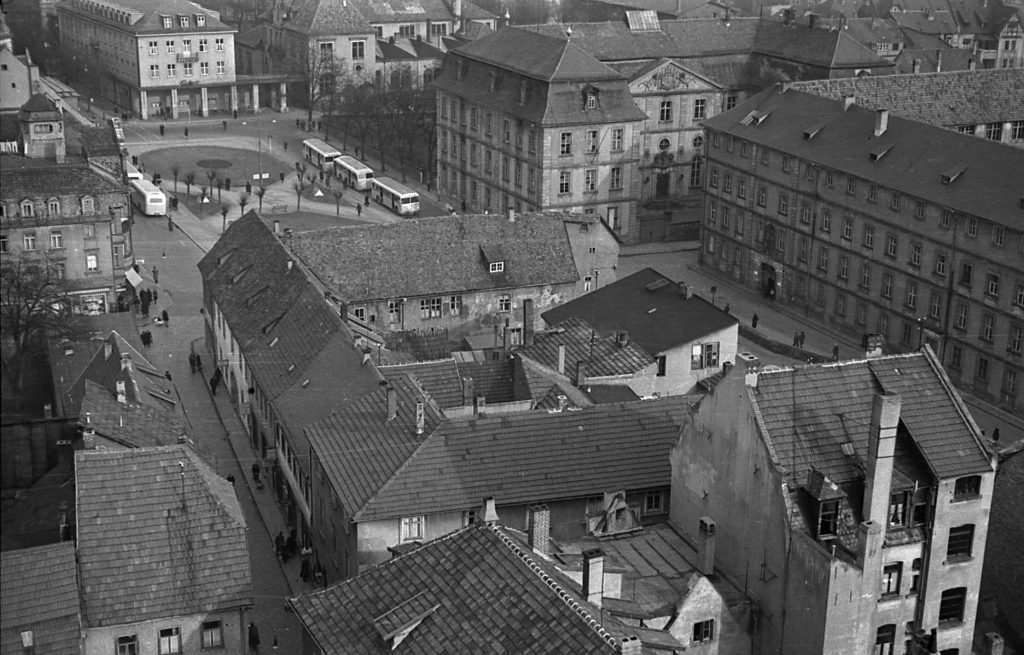 The American military government started free school meals after the war for all schools and children due to extreme hunger in the families. AWO took over this task for the  Heinrich-von-Bibra school.

All the school children hat to take a pot and cutlery and waited during the break fo get a scoop of soup out of the big pot.

There weren’t enough notebooks, books, blackboards and teachers. Very often there were 60 children sitting in one class. They had cold feet due to the bad shoes they were wearing. To heat the oven they had to bring heating material from home.

The people named it the ‘The Winter of hunger’. It was extremely cold, many homeless people starved and froze to death.